← back to
Splash Music Productions / Splash Blue
Get fresh music recommendations delivered to your inbox every Friday.
We've updated our Terms of Use. You can review the changes here. 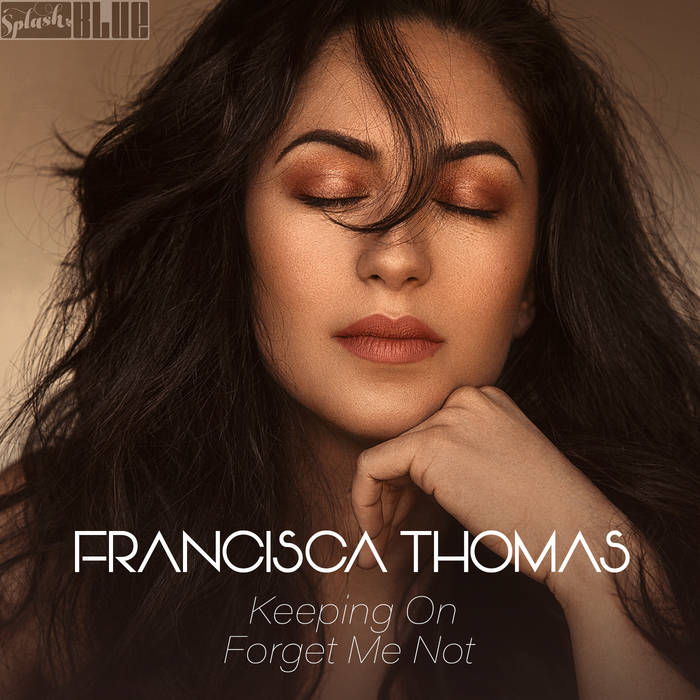 Splash Blue are pleased to announce the brand new EP release from Francisca Thomas - ‘Keeping On’.

Comprising of two beautiful, well-crafted and heartfelt tracks, both of which showcase Francisca’s considerable prowess, both as a writer and as a vocalist.

The lead track was written and dedicated by Francisca to her daughter Christina and all revenue generated from sales of the track ‘Keeping On’ will go directly towards the ongoing medical costs for Christina’s care.

A second track ‘Forget Me Not’ (vocal and instrumental versions) is also being released as part of this EP package.

The ‘Keeping On’ EP will be available to purchase as a digital download exclusively via the Splash Bandcamp on Wednesday 14th September. The EP will be released worldwide on all of the major digital platforms on the 16th of September 2022.

Hailing from Cape Town, South Africa, Francisca started singing and songwriting from an early age. Debuting on South African TV at the tender age of 8, Francisca went on to support American artists Joe, Keith Sweat, and Deborah Cox when they appeared in Cape Town. Francisca arrived in the UK at the beginning of 2007 - later that year she met UK soul legend, Kenny Thomas and they married in 2008. ... more

Bandcamp Daily  your guide to the world of Bandcamp

Frayle's Gwyn Strang and Sean Bilovecky join the show to talk about their cathartic new album.